“Nigeria Needs A Transformative Leader That Can Cause A Shift At The Top to Change The Destructive Direction of our nation”- #LLAInterview with Dr Elishama Rosemary Ideh.

There are two things you cannot take away from Dr Elishama Rosemary Ideh, her zeal and her faith. Elishama Ideh believes “better” is possible for Nigeria if the populace will come out enmasse and vote into office people of integrity. She strongly believes intellects alone doesn’t qualify a person to run for office, instead, she posits that the strength of integrity, coupled with results from years of social impact from the grassroot level qualifies a person to run for office.

Her belief is firmly steeped in the conviction that Nigeria needs a person with a heart and not just a head, because leadership in its truest sense is a call to serve others. For her outstanding contributions to humanity, she has won several award, including- The African Leaders of Integrity award, Time News Award, African Women Stars Award for Excellence and Mercy International Award

On this week’s LLAInterview with the #ForeFrontRunner, Dr Elishaman Ideh, head of group of ministries: Partnership for a New Nigeria (PFANN) a social advocacy group aimed at promoting a rebirth and reawakening of the society through transformative projects discusses political philosophies, her decision to run for the office of the president, competition and then more Enjoy! 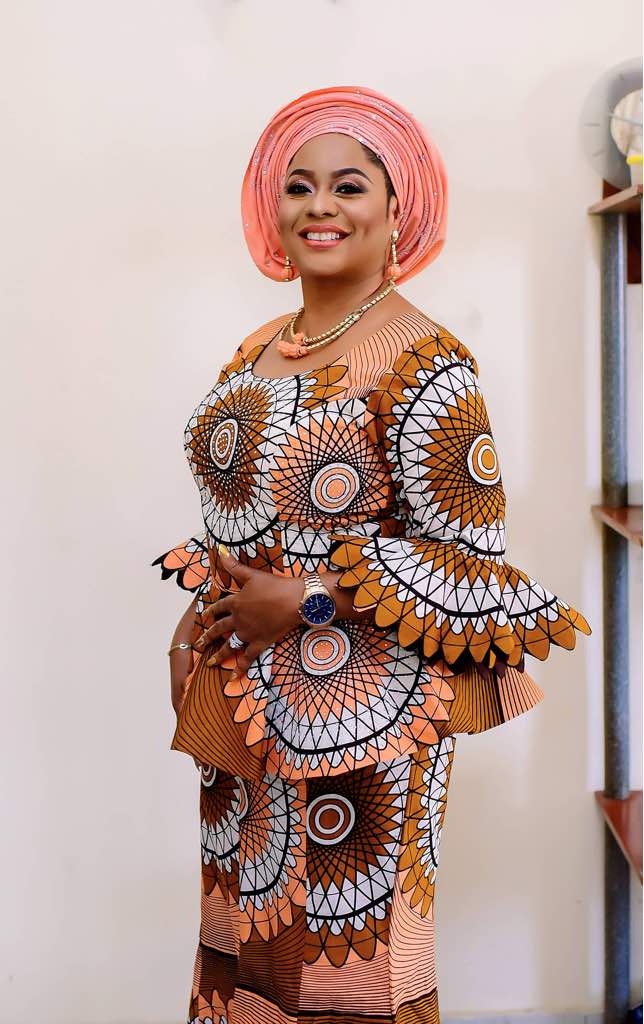 Tell us a bit about your background and a brief overview of your political journey?

I was born in Lagos, Nigeria’s commercial capital in 1964. My father was an officer in the Nigerian police, while my mother was a businesswoman. Both parents hailed from Ewohimi in Esan South East Local Government Area of Edo State, Nigeria. I had my early education at the legendary Mayflower Primary School in Ikenne, Ogun State, and at the Federal Government Girls College (FGGC), Onitsha, Anambra State.

I thereafter left for the United States, and enrolled at Bowie State College in Maryland for a degree course in Mass Communications. On my return to Nigeria, I ventured into the challenging but exciting world of real estate. Armed with my American experience, sagacity, and innovative business acumen, I was soon rewarded with outstanding success. I focused my trade on low-income traders and market people who ordinarily could not afford shops in upscale or medium-income locations. For example, I built low-cost shopping complexes for the disadvantaged in the Ogba business axis in Ikeja LGA of Lagos State,  as well as upgrading part of the Ogba Retail Market into an ultra-modern business hub, a development which has gone a long way to enhance the economic capacity of market people (especially women)  in that locality.

This engagement with low income women and families in the area of affordable space – and economic empowerment – was the seed that has over the years grown into the philanthropic movement for which I am known today.

I later ventured into the oil and gas business, achieving further success in this very challenging sector as well. But even in the midst of this high-flying business profile, I came to realise that my true calling was more in the socio-spiritual sphere – an area in which I could fully invest in people more and help them actualise their potentials, restore their humanity and dignity, and set them on the path to their God-ordained destinies. It was then that I resolved to become a change agent and a positive force in society, to impact lives, and to help transform my community as well as both my physical and sociological environments.

In my quest to actualise my burden for social mobilisation and empowerment, I founded Christ the Ever-Present Ministry (CTEM) and the Elishama Ideh Ministries. Both are faith-based humanitarian organisations formed to support, strengthen and rehabilitate lives – especially among vulnerable groups such as widows, orphans and the destitute. My activities through these organisations have been instrumental to the creation of numerous opportunities in the areas of education, skill acquisition& vocational training coupled with entrepreneurship for vulnerable groups, especially in disadvantaged neighbourhoods in Lagos and other cities and communities across Nigeria.

To this end, I set up the Partnership for a New Nigeria (PFANN) a social advocacy group aimed at promoting this rebirth by restructuring both the polity and it’s institutions on one hand, and the attitude of Nigerians (leaders and the led alike) towards building a culture of patriotism and a stronger sense of civic duty. This, not just to the society and the nation, but to our neighbours as well – especially to the less-privileged. I am a recipient of many awards and laurels both local and international including: The African Leaders of Integrity award, Time news Award, African Women Stars Award for Excellence, Mercy International Award and a host of others.

What informed your decision to run for the office of the president and why did you step down?

I declared to run for the office of the president of the Federal republic of Nigeria on May 31st 2018 for the 2019 presidential election and I was campaigning successfully for that position till 28th of September 2018.

I was motivated to run for the Presidential race in my country NIGERIA because of the work I have been doing for 2 decades to a marginalised sector of people of our society in my socio-spiritual sphere calling as an Evangelist. In this capacity, I was able to witness firsthand the plight of the suffering of the masses of our nation and also that these sector of people that I have been tending to for 20 years, represents the faces of about 70% of our populace living in extreme abject poverty. To me, that was an anomaly to a nation so highly blessed but the people live so less. I also know that the state of our nation was caused by bad leadership. I realised that Nigeria needs a transformative leader that can cause a shift at the top to change the destructive direction our nation was spiralling to, and since the major problem plaguing the nation was a matter I have been addressing at the lower level for two decades to a few handfuls of Nigerians with great results, I felt it was time for me to take it to the National level to bring a solution to the debilitating situation that we have now found ourselves as a Nation tagged as one of the world’s poorest nations on earth! which is incredibly sad!

I had to step down from the Presidential race because I got involved with a group called #PACT (Presidential Aspirants coming together).The  idea was that we felt there were too many of us out there running for the office of the President, the best thing for us to do was call ourselves together, vote one candidate from amongst us as a consensus candidate, then every other person has to now drop his or her ambition to push the sole candidate so all of us can have a better chance of pushing out the incumbent instead of running unilaterally thereby dividing our votes and making it very easy for the opposition to come back unopposed. I have always believed that Nigeria is greater than any one person’s ambition. Nigeria comes first for me anytime. Nothing is too great for me to sacrifice for the betterment of my Nation. I was ready to step down to support anyone that has the same New Nigeria ideals that I have and like I said, we voted and Fela Durotoye emerged winner. Fela and I are of the same party ANN(Alliance For New Nigeria)which made my stepping down for him even easier. 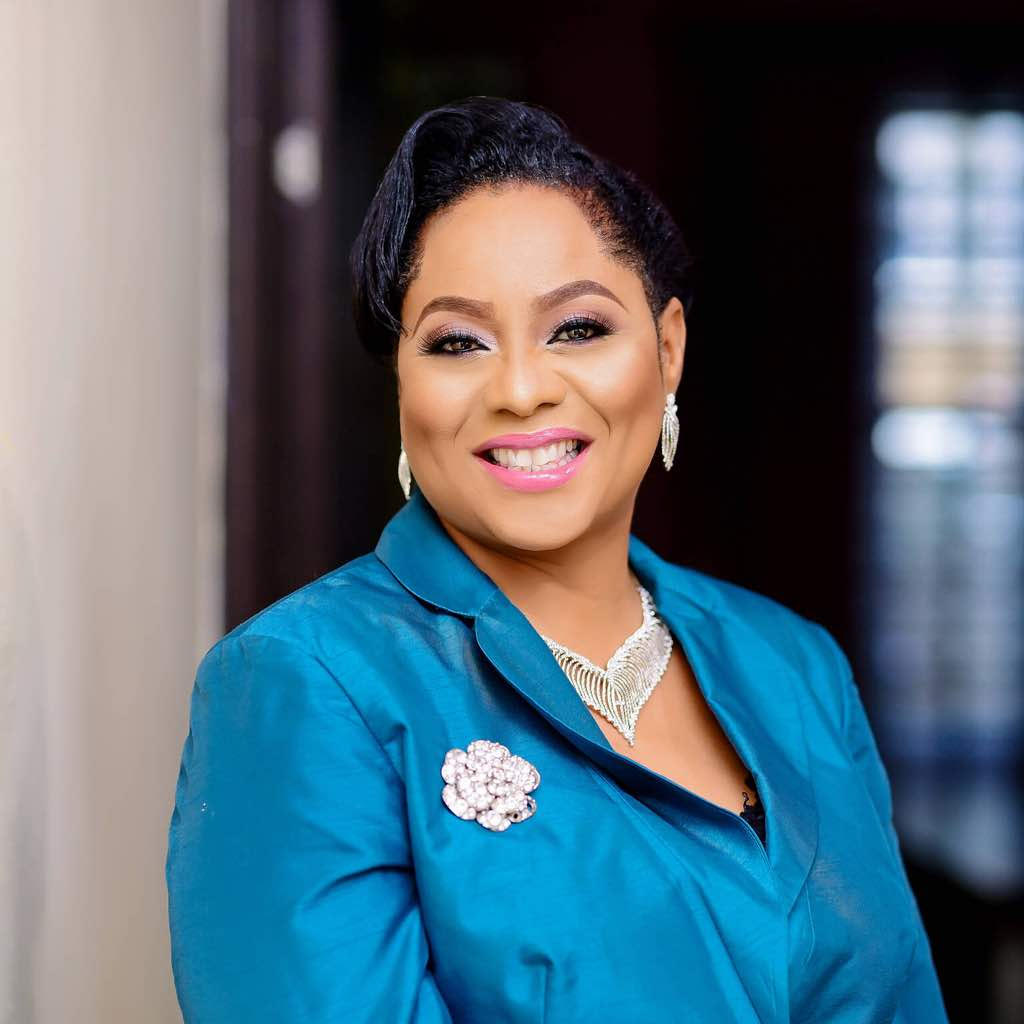 Will you say the experiences you have had on your journey fanned the embers of this passion. Moreso, can you tell us about the toughest decisions you’ve had to make and how it impacted your life?

One of the toughest decision of my life thus far was stepping down from this Presidential race. It was not an easy decision to make with the sort of passion and convictions I had before stepping into the race. I had too many factors to consider while making the decision…e.g my team that believed so much in me and confident on how we can deliver, my supporters from across the nation and a lot of women I had given so much hope and also inspired confidence in them. I felt I let most of them down by stepping down but at the same time, I knew I also sent a great message of the strength and Integrity. I gave my word in a Consensus agreement and I had to honour those words. We should not have leaders that cannot honour their words. We want to serve the people by the word of the promises we are giving to them, if we cannot honour the promises we are giving along the path to getting into power, then our words and promises to the people means nothing.

Do you have any philosophy that keeps you going?

I believe, we must be our brother’s keeper always, and for you to make any tangible impact on earth to affect human lives and be a true Change Agent to the society you must be selfless and self-serving.

What would you say is your greatest inspiration?

This might seem like a strange answer but I was absolutely inspired and mentored by the spirit of the living God.

How do you manage such a high profile career, marriage and being a mum of three?

Grace. Grace has been made available and I tap into God’s grace a lot in all I do.

How do you view competition and what is your take on women supporting women?

There is a general myth and phenomenon that women don’t support each other but we will gain more by supporting ourselves. The effects of the problems that plague society lies heavily on the shoulders of women. We must learn to support ourselves so we can win on all fronts.

What piece of advice do you have for aspiring female politicians?

Be bold about your convictions and why you are in the race at any level, get mentors and in our clime get financial supporters also, pursue your dreams and don’t allow anyone discourage you or beat you down on account of your gender.

To learn more about Dr Elishama Ideh and her political aspiration, see the Youtube videos below

The #LLAInterview with the #ForeFrontRunner is an interview series which focuses on women of African descent in politics. It showcases their experiences across all socio-economic sectors, highlights their socio- political contributions and offers useful advice to women on how to make social impact. It debuts every fortnight.

It is an off-shoot of Leading Ladies Africa, a non-profit that promotes women empowerment and gender inclusion for women of African descent.
Do you know any woman of African descent doing phenomenal things in the political sphere? Send an email to lead@leadingladiesafrica.org and we just might feature her.

PrevPrevious“Sometimes you need to sacrifice short term comforts for long term rewards” Yvonne Orji on “The Wait”.
Next“I had to get my personal joy back, and then things started to change” Susan Kelechi Watson, “This Is Us” Actress.Next