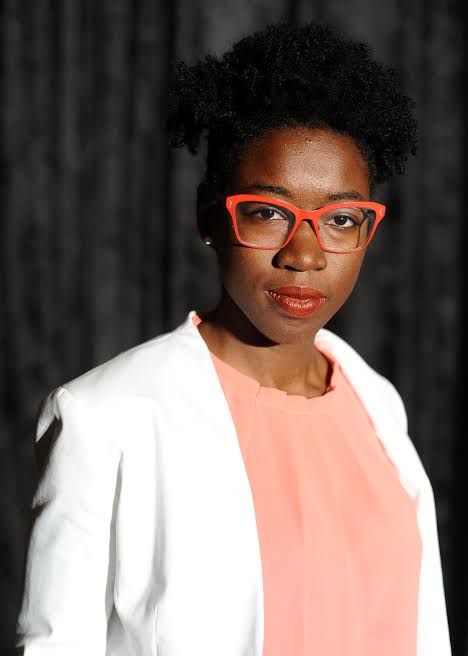 Joy Buolamwini is a poet of code who uses art and research to illuminate the social implications of artificial intelligence. She founded theAlgorithmic Justice League to create a world with more ethical and inclusive technology.

Her TED Featured Talk on algorithmic bias has over 1 million views. Her MIT thesis methodology uncovered large racial and gender bias in AI services from companies likeMicrosoft, IBM, and Amazon.

Her research has been covered in over 40 countries, and as a renowned international speaker she has championed the need for algorithmic justice at the World Economic Forum and the United Nations. She serves on the Global Tech Panel convened by the vice president of European Commission to advise world leaders and technology executives on ways to reduce the harms of A.I.

In late 2018, in partnership with the Georgetown Law Center on Privacy and Technology, Joy launched the Safe Face Pledge, the first agreement of its kind that prohibits the lethal application of facial analysis and recognition technology.

As a creative science communicator, she has written op-eds on the impact of artificial intelligence for publications likeTIME Magazine and New York Times.

In her quest to tell stories that make daughters of diasporas dream and sons of privilege pause, her spoken word visual audit “AI, Ain’t I A Woman?” which shows AI failures on the faces of iconic women like Oprah Winfrey, Michelle Obama, and Serena Williams as well as the Coded Gaze short have been part of exhibitions ranging from the Museum of Fine Arts, Boston to the Barbican Centre, UK.

A Rhodes Scholar and Fulbright Fellow, Joy has been named to notable lists including Bloomberg 50, Tech Review 35 under 35,  BBC 100 Women, Forbes Top 50 Women in Tech (youngest), and Forbes 30 under 30 and very recently honored as one of TIME 100 Rising Stars in 2019.

She holds two masters degrees from Oxford University and MIT; and a bachelor’s degree in Computer Science from the Georgia Institute of Technology.

A former pole vaulter, she still holds sentimental Olympic aspirations. Fortune Magazine named her to their 2019 list of world’s greatest leaders describing her as “the conscience of the A.I. Revolution.”

PrevPreviousSouth Sudanese Model, Adut Akech Honoured as one of TIME 100 Rising Star in 2019
Next#LLAInterview: “You don’t just get good at something or become the best at something simply by wanting it really badly. You have to work at it, and stay consistent”~ Joyce Maina, Kenyan Actor and Content CreatorNext