5 Female Make Up Artistes in Nigeria You Should Know. 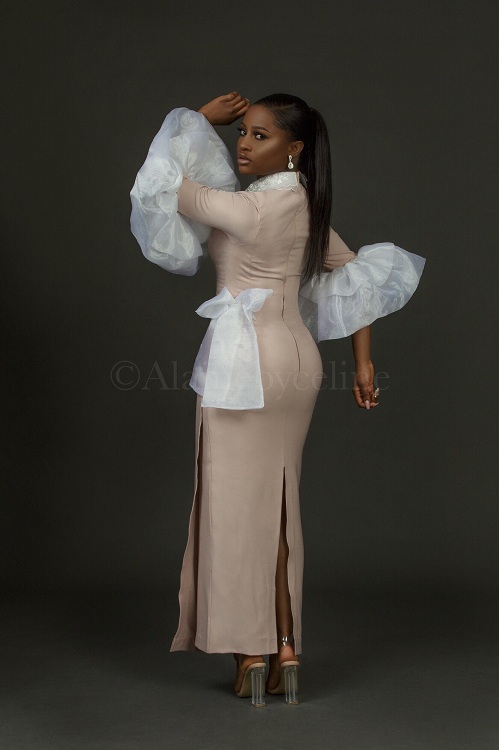 The crowded terrain of the make-up industry following the popular cliche that “Everybody is now a makeup artist” has definitely not slowed down those who have taken it upon themselves to create a legacy in the beauty industry. The Nigerian beauty industry is undoubtedly  massive and has continued to grow as a result of makeup artists that have proven to be exceptional and excellent. These makeup artists come in to make their mark, create a name for themselves and stand out of the crowd and are constantly pulling amazing traffic to the makeup world.

So whether you are a celebrity or not and you are looking for the best of the best or just to keep up with the trend, in no particular order, here are 5 skilled female Make Up Artists you should know in Nigeria:

1. Banke Meshida Lawal, popularly known as ‘Bmpro’.
The CEO, BMPRO Makeup, is one of the biggest brands in the Nigerian make up industry, with over 400k followers on Instagram. Being the highest followed IG make-up artist in Nigeria, she is on speed dial of first ladies and wives of billionaires, celebrities and stars in the country. She is described as the queen of Make Up Artists, having worked with several top celebrities as clients. With over a decade in the beauty industry that started as a hobby from her days at the University of Lagos, she doesn’t come cheap at all. She has successfully created a name for herself, evident in the numerous awards she has won over the years.

2. Lola Maja Okojevoh, CEO ‘Sacred Beauty’.
Lola Maja is highly reputed for not just bridal or facial make-up, but “Special Effects” in addition to eyebrows and eyelashes visual. She started working as a make-up artist at age 14 and has since grown into a brand. She launched her lashes range “Sacred Lashes” in 2010 which later metamorphosed into “Sacred Group of Companies” and has won several awards for tricks she has used in the visual, film and theatre world. She is a massage therapist, beauty tutor, spa and cosmetics brand consultant, has worked on several music videos, tv series, fashion events and films. Creating a name for herself in a rare part of the make-up world is why she is popular.

3. Adetola Anita Adetoye, popularly known as “Anita Brows”
The creative director of “Anita Brows Beauty”, started makeup as a hobby and self –taught herself through “Youtube” by posting pictures and videos of her work on social media which attracted potential customers to her services ranging from wedding ceremonies , television commercials, photoshoots and many more. Her star studded clients include the likes of Tonto Dikeh, Toke Makinwa, Annie Idibia and many more. Over the years, she has created a name for herself and was recently listed as a game changer in Forbes 25 under 25 list.

4. Elaine Shobanjo, Make UpArtist Extraordinaire, Funder of ShoMya
Elaine Shobanjo is one of the most talented ladies in the Makeup business, and she has caught our attention by how she has managed to move from working in the financial sector in London to pursuing a career in makeup artistry. She is often regarded as beauty and brains as she topped her class studying Economics and later Finance before quitting and delving into make-up. She has somehow managed to combine motherhood and a career successfully. Despite being armed with degrees from the world’s most prestigious institutions she chose an unusual path and decided to pursue her passion. She has worked with several celebrities, a beauty consultant for Television and has won several awards excelling in the Makeup world.

5. Omontese Akhethuamen , CEO “BeautyCook Studio”
Omontese Akhetuamen is a make-up artist with an edge. Her studio, established in 2005 managed to bring in a one-stop centre for beauty matters, skillful in the art of gele-tying and hairdressing, her brand specializes in hair, make-up and beauty- products. She is one of the most followed make-up artists on Instagram and has managed to make a name for herself in the past decade by making up several celebrities and having them as clients. So for your one shop look, Omontese’s beauty studio has got you covered and we love a woman who knows her onions, walk in and walk out looking it all!

PrevPrevious5 Things Linda Ikeji is Teaching Us About Entrepreneurship.
Next9 Things We Learnt From Samke Mhlongo About Personal Finance.Next