What You Should Know About ‘The Queen of Soul’- Aretha Franklin. 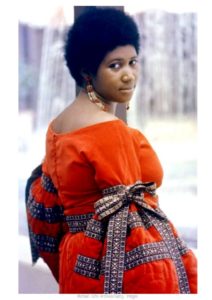 Referred to as an ‘American Institution’ and the ‘Queen of Soul’, Aretha Louise Franklin shook the world to its core with her voice and music. Her music was more than words and beat, it was a movement. It disrupted, changed, renewed and redefined conventional understanding of music. From hits like ‘Respect’ to ‘A Natural Woman’, Aretha was a living, breathing phenomenon.

In the words of Barack Obama, “her music defined the American experience” and though dead, her greatest legacy will not just be her voice but what she has placed inside every one that listened to her music- WORDS

Aretha died on August 16th, 2018 in Detroit after battling Pancreatic Cancer of the Neuroendocrine. An all-star tribute concert has been scheduled for November 14th 2018 at Madison Square, New York City to celebrate her music. While we await that, here are some facts you should know about her.

2. She learned to sing spiritual and gospel having been raised by her father Rev. C.L Franklin who preached black-liberation theology at the New Bethel Baptist Church.

3. Aretha won 18 Grammy awards, was inducted into the Gospel Music Hall of Fame, profiled by Rolling Stone Magazine as 100 greatest artists of all times, and 100 greatest singers of all time.

4. She was awarded the Presidential Medal of Freedom on November 9, 2009. The medal is reportedly the America’s highest civilian honor.

6. She dealt with smoking, alcoholism and weight gain/loss issues.

7. She had her first child at 12 and has four biological children in total.