Ohio State named renowned roboticist, leader, educator and businessperson Ayanna Howard as the new dean of the College of Engineering.

Howard will be the first woman to serve as the college’s dean, according to a university press release. Howard will begin the role March 1.

“Dr Howard is an innovator whose skills and passion are a perfect fit with Ohio State’s focus on convergent research and discovery,” University President Kristina M. Johnson said in the release. “To attract a leader of her caliber shows both the strength of our engineering program and the acceleration of the university’s overall research mission.”

Howard worked to advance diversity in the engineering field for not only women but also underrepresented communities and people with disabilities, the release states.

Howard is currently chair of the School of Interactive Computing at the Georgia Institute of Technology and director of the Human-Automation Systems Lab, which focuses on humanizing intelligence systems through sensing and learning to increase the virtual and physical capabilities of intelligent systems, according to the HumAnS Lab website.

Between 1993 and 2005, Howard worked in the Jet Propulsion Laboratory at NASA and served as a senior robotics researcher and deputy manager in the Office of the Chief Scientist. She also developed toy-sized robots to explore dangerous, icy terrain in place of scientists and helped create the rover SmartNav, according to the release. 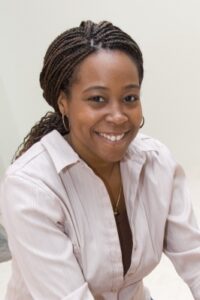 She is also founder and president of the board of directors of Zyrobotics, a company that produces educational toys and mobile therapy for children with special needs based on Howard’s research, according to the release.

In 2018, Howard was named one of America’s Top 50 Women in Tech by Forbes. She was also named the American Association for the Advancement of Science-Lemelson Invention Ambassador and received the Computer Research Association’s A. Nico Habermann Award for her commitment to improving diversity in STEM, according to Forbes’ website.

Howard was also named as one of the 23 most powerful women engineers in the world in 2015 by Business Insider, largely for her work specializing in machine learning and robotics, as well as her accomplishments with Zyrobotics.

Howard will also serve as a tenured professor in the college’s Department of Electrical and Computer Engineering, with a joint appointment in the Departments of Computer Science and Engineering, according to the release.

She will take over the role from David Williams, who announced his resignation in May after serving as dean of the college for a decade.

Congratulations to Ayanna Howard on her recent appointment. We applaud her for being at the forefront of increasing the diversity of women in the field of engineering.

This article was culled from The lantern