President Joe Biden appointed Enoh Titilayo Ebong as the Acting Director of the U.S. Trade and Development Agency (USTDA). The appointment meant a return to USTDA where from 2004 to 2019, Ebong had served in a variety of roles, most recently as the Agency’s General Counsel, and Deputy Director and Chief Operating Officer.

As Acting Director, Ebong leads an agency that partners with the U.S. private sector to develop sustainable infrastructure and foster economic growth in emerging economies while supporting U.S. jobs through the export of U.S. goods and services.

“It is an honour to return to USTDA. The opportunity to lead the Agency comes at a critical moment when the world is turning to the United States for leadership on clean energy and climate-smart infrastructure, as well as safe and secure ICT solutions,” said Ebong during her swearing-in ceremony.

Prior to her return to USTDA, Ebong served as the Head of Strategic Partnerships at the Milken Center for Advancing the American Dream, where she drove the development of strategic partnerships to expand access to education, health, financial empowerment and entrepreneurship.

This article was culled from the U.S. Trade and Development Agency press release.

PrevPrevious#LLAMoneySeries: 10 Money Mistakes You Shouldn’t Make In 2021 And Beyond by Sola Adesakin
NextThe First Women In Business Breakfast Salon Series by Borderless Trade Is Here!Next 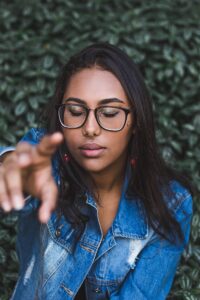 5 leadership habits you should take up now!

Leadership habits are cultivated practices that have been proven to help you hone leadership skills and help you become a better leader.  These practices are

4 Businesses you can start with low capital!

There’s been a recent interest in side hustles and additional income sources. Many of us would instead start businesses and become our own bosses, while