#LLABlog: 3 lessons we gleaned from Bozoma Saint John speech when she got inducted into the American Marketing Hall of Fame.

Bozoma Saint John is the former Global CMO at Netflix, the world’s leading streaming entertainment service with 200 million paid memberships in over 190 countries.

Over the course of her career, she has earned a formidable reputation as a trailblazing marketing and advertising executive.

She has served in top organizations around the world such as Netflix, Uber, Apple Music and iTunes, Pepsi-Cola etc.

Bozoma has received many awards, including Billboard’s Women in Music 2018 Hall of Fame and in 2014, the AAF Hall of Achievement, The Hollywood Reporter’s 2018 Women in Entertainment Power 100 list, Fortune Magazine’s 2018 list of Most Influential CMOs, and made the cover of Adweek as one of the most exciting personalities in Advertising.

In 2021, Bozoma was named #1 on Forbes’ World’s Most Influential CMOs list and the Harvard Business School published a case study about her career and leadership, “Bozoma Saint John: Leading with Authenticity and Urgency.”

Bozoma was recently inducted into the American Marketing Hall of Fame and in her speech, she shared some thought provoking messages.

These lessons are extremely important for every black woman and women of color as they progress in their career and eventually get a chance to sit in these rooms. 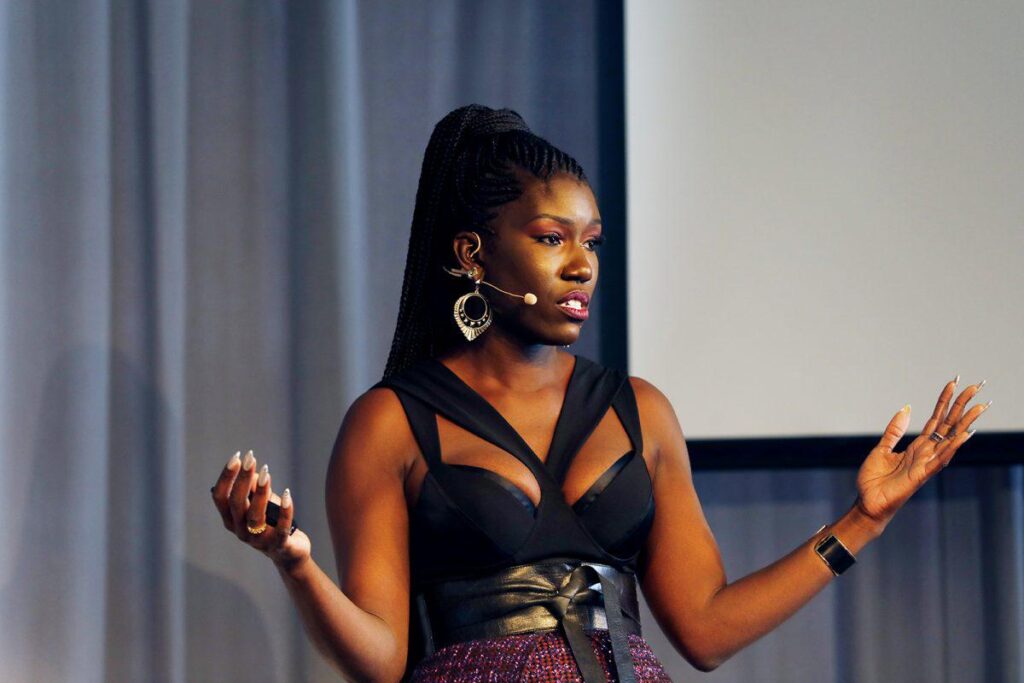 Lesson 1: There is an opportunity for us to change the underrepresentation of black women and women of color in Leadership roles. It’s our responsibility to make the “difference” and impact the way black women are seen in this room.

Lesson 3: When you get into the room, don’t get too comfortable and forget there’s work to be done to ensure more women that look like you fill similar spaces.

Make space for other women that look like you. Make sure there’s a change in the room and it doesn’t look the way it is now. This is the absolute success.