What is becoming one of the continent’s landmark cultural events, the Lights Camera Africa!!! Film Festival is returning in 2017 with the theme “RESET”

The imagined world order that predicted a safe and stable world, that would bind people and cultures for the most prosperous age the human race had yet to witness appears to be experiencing fraught times. The countries and their agents that would safeguard a safe and prosperous future are themselves fragile. Despite the progress of humankind in all fields of endeavour, age-old fault lines in communities across the globe are becoming exposed.

Recognising the clashing civilisations, overturned norms, emerging trends – the Lights Camera Africa!!! Festival brings to its audiences a reflective presentation of films that it hopes will support a common contemplation on opportunities for a RESET of the weakening world order. Identifying the error of our trajectories and retracing steps, these reflections are even more relevant in the festival’s home of Nigeria which is fighting a perennial sectionalism.

This year’s festival will present a series of film works and conversations that examine these issues in various spheres – including politics, science and the arts. This year’s programme, will not only provide a forum for open discourse, it will also provide entertainment for all the family over its three-day run.

We hope you are as excited as we are about bringing the people of Lagos a wonderful screening programme dedicated to the best of independent and African film as well as our family and industry-engaging offerings through discussions, talks and family-friendly programming.

Our very popular Festival Marketplace returns again this year as will our inter-disciplinary showcases of literature, visual art and live music during this 3-day cultural fiesta.

This year’s programme demonstrates the festival’s commitment to its mission of exposing African and global audiences to good quality independent African cinema with a view to stimulating discourse on issues and experiences rooted in the African experience.

The Lights Camera Africa!!! Film Festival brings to audiences a strong programme for its 2017 edition and is proud to continue what has become an enduring partnership with the African Film Festival New York . This partnership has at its core a mission to expose African and global audiences to good quality independent African cinema with a view to stimulating discourse on issues and experiences rooted in the African experience.

We remain excited at the opportunities for cultural exchanges with our friends of the French, German, Italian, Austrian and Dutch diplomatic missions, long-time enablers of cinema and culture in Africa – in particular we celebrate the support of the German, French and Italian Consul-Generals.

Great people of Lagos , get ready and join us for the 7th annual Lights, Camera, Africa!!! Film Festival from 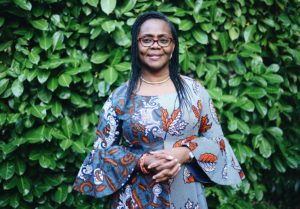 #LLAInterview: “Watching an amputee stand up and walk again and seeing the unconcealed joy of both the amputee and their family leaves an indelible mark on our hearts and memories,” Dr Irene Olumese, Founder, Feet of Grace Foundation

Image credit: Dr Irene Olumese Dr Irene Titilola Olumese is an Author, Inspirational Speaker and Mentor. She is also a lung transplant survivor and a 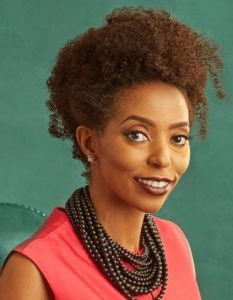 #CareerConversationsWithLLA: “The people you surround yourself with can be one of the most, if not the single most important source of support, inspiration and motivation,” Dr Amy Jadesimi, CEO of LADOL.