#LLAInterview: “I Plan to Raise Daughters Who Understand that Who and How God Created Them is a Good Thing” Leading Ladies Africa Meets Jackie Hill Perry

Renowned as one of the influential female forces in the Black Christian Community; writer, poet, and artist, Jackie Hill Perry sits with Leading Ladies Africa to discuss her book, views about life, sexuality and parenting.

Let’s talk about your book, Gay Girl, Good God. Why did you feel it was important that you share your story?

I think it was important because I think stories are valuable. I think one of the things about our culture today, especially in terms of sexuality, is that a lot of what shapes the narrative is a story. And so, for me to share my story was for me to be able to be able to talk about God by using my story.

Did you foresee in any way the positive reception the book has garnered now or were you pleasantly surprised?

I had some expectations for it, only because there are a lot of people who do want hope. They want truth, but they also want the hope of what the truth is promising. I pretty much expected people to be encouraged and I expected people to have received it in a different way than encouragement but it’s a polarizing conversation in general.

What were some of the struggles you encountered during the writing process of the book?

Time. For one. It’s a hard thing to take out time if you have a family, when you have other things to do, to put into a book and to do it well. So, I think that would be the second challenge — was not to just write any book but to write a book that I think is excellent. Creatively, content-wise, theologically. That takes a lot of energy and thought and revision, even. To be able to create a book that I’m proud of.

Going back to your story you shared in the book and your sexual orientation as a teenager — you were a lesbian. At what point did you begin to notice something skewed with your sexual perception?

So I noticed that I had same-sex desires when I was maybe five, six. I didn’t necessarily have language for it because it was the early ’90s, and so it wasn’t in the media or presented before me [where I’d be able to say?] “Oh, I’m gay, oh, I’m this.”

I think it was high school when I actually decided to act out and explore what those desires looked like practically.

But I think the truth of God’s Word was always present just because I was around Christians. Even if they didn’t tell it to me in the way I would have heard, it was still what they said, the content of what they said about God and His holiness and His Word that stuck with me and always kinda reminded me that what I was doing wasn’t what He intended for me.

In your opinion, why do you think the church and people in the church shy away from having difficult conversations as it relates to this topic?

As it has to do with this issue, and then also in general, what specific ways do you think the church can shape the culture for good?

I think we shape culture by telling culture about Jesus. And I don’t mean that in a really general way. I mean bringing Jesus back into this conversation. Too much of this conversation has landed on, Is sexuality wrong? What kind of sexuality should we do? What can we do? What can’t we do? What should we say? What shouldn’t we say? Rather than who is God? What does God have to say about us as humans made in His image? What is sin? How has sin influenced and impacted what we do and how we feel? And what does the gospel do for all of that? What does the redemption of Jesus Christ look like for those who are same-sex attracted and believe? What does the judgment coming of Jesus Christ have to do with the urgency that we should speak with this topic?

So, I think that the more we bring Jesus back into the conversation, culture has no choice but to be impacted because He’s impactful.

What do you have to say to women who are struggling with sexual sin and women who find a hard time reconciling their sexuality with God’s Word?

What I’d say is the struggle isn’t foreign, though it’s unique in the sense of not everyone may be able to understand or empathize with you. It’s not foreign to humanity, in the sense of all of us — every human being alive — has particular affections and desires and passions that may, in light of God’s Word, be called sin or be called something that you got to put to death.

And so I think it’s not foreign in that everybody struggles with something in particular. But I would encourage them to know Jesus really has given us a way of escape in terms of how to deal with it. And so I think the reality is you don’t have to be in denial and say how I feel doesn’t exist. But you can be confident in the sense that how you feel can be given to God. And He can empower you to walk in obedience to Him where you love Him more than what you’re tempted by.

I think the reconciliation in both of those is really just like you’ve gotta trust God more than your affections. The culture wants us to be ruled and mastered by what we do, but I think that’s really not wise or healthy or what God has taught us to do. If anybody deny themselves but the pathway of denial … and in denying ourselves to love Jesus as the pathway to joy. So there’s some goodness and some encouragement, I guess.

In each generation, there’s been more and more feminism and female empowerment than the last, especially in the black community. And as a mom of girls, how are you raising your girls and preparing them for the reality of the present times, and what is your take on these female empowerment movements?

I plan on raising and trying to raise daughters who: Understand that God created them for Himself but also that how He created them is a good thing. Especially being black in the society and in the world that would say that the whiter they are, the more beautiful they are. The smaller they are, the more acceptable they should be. So, for me, it’s God who made you for Himself, but how He made you is also a really good thing.

I think also I want them to be women who are confident in the truth of God’s Word but are also able to defend against it. Because, in some places people have trained their children to know the Bible and to know what to believe, but as soon as they are placed in a circumstance where those beliefs are challenged, they don’t know what they believe anymore.

So I want to raise children who are able to not only believe things but defend it and contend with it.

I think how I feel about movements and stuff … I think the women have been in a culture that’s super patriarchal and haven’t been given equal rights, equal opportunities, equal pay, haven’t been dignified, they haven’t been loved well but they’re called to submit. Of course, women are going to rise up and raise their voices and say, “We should be treated like human beings.”

So, I think that what we see is really the result of that. But what I also really think is I’m not going to rain on anybody’s parade to say that humans should be treated like humans. But I also will encourage women to make sure that their definition of womanhood and their definition of rights comes from the Scriptures and not from culture’s definition.

What are three books you’d recommend?

What are two things that most people don’t know about you? Fun facts.

I’m left-handed and I watch Food Network all day.

What do you do for fun when you’re not writing, traveling, speaking, parenting?

What’s the best part of being married to Preston Perry?

There’s a lot of things, but I think mainly, I think the conversation. Preston’s mind intrigues me, and inspires me, and challenges me. I feel like I’m married to somebody who makes me smarter. And makes me wiser. And we can have conversations where we challenge each other, but we still love each other at the end of it.

Who are the women in your life that you look at and you go, “She’s such a badass”?

I respect Nancy a lot. Nancy DeMoss Wolgemuth. Just because she’s been consistent for years on biblical truth, and she loves God, loves the Bible, and loves people. She doesn’t just like, preach to people and then not love them.

What are three things you would say to your twenty-five-year-old self if you could go back in time?

Jackie Hill Perry is a writer, poet, and artist whose work has been featured on the Washington Times, The 700 Club, Desiring God, The Gospel Coalition, and other publications. Since becoming a Christian in 2008, she has been compelled to use her speaking and teaching gifts to share the light of the gospel of God as authentically as she can. At home she is a wife to Preston and Mommy to Eden and Autumn.

PrevPrevious“My Goal is to train one thousand young women across Africa in the next 5 years in Auto Mechanics and get a franchise from Mercedes Benz” LLA Meets The Lady Benz, Joy Amuche Obi
Next#LadyBossInterview: “Sometimes things don’t go as planned but as long as you have set a goal, stay focused and continue to work towards it” #LLA Meets Toluwani Wabara, CEO, Wanni FugaNext 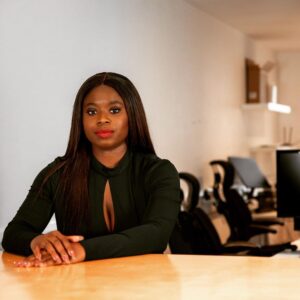 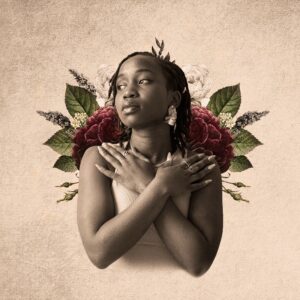