In a world of fierce celebrity alter egos, the Kenyan singer, Akothee’s alter ego is the gentle one

In the heart of us, we all have a hidden side, one that is different from what we display to the public. It is a part of us that wants to try out things without fear of judgment, a part that can be unique from who we are perceived to be – an alter ego. 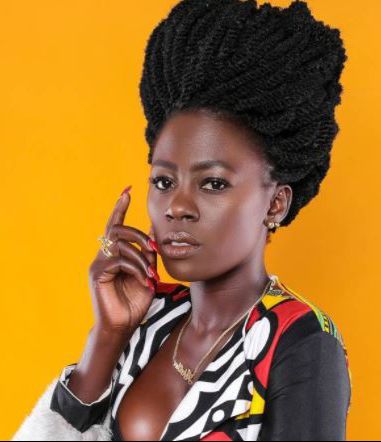 Over the years, we have seen some of our beloved celebrities present their alter egos to their audience. It has delivered an edge to the creative side of the creativity of the entertainment industry, as the creative expression of these alter egos can deviate completely from the artists’.

Say, for instance, one of the biggest names in music, our adored Beyoncé. Beyoncé’s alter ego, Sasha Fierce was created by the artist to help her ‘break free of her shy personality’. In fact, whenever you watch a captivating and awe-inspiring Beyoncé performance, know that you just witnessed the phenomenal Sasha in action

Other iconic artists with famous alter egos include Nicki Minaj and her alter ego posse, and Mariah Carey and her diva alter ego, Bianca.

Another well-known celebrity with an alter ego is the famous Kenyan singer, Akothee.

Known to be one of the wealthiest celebrities in Kenya, Esther Akoth, more commonly known as Akothee, is a Kenyan musician and businesswoman.

Aside from her thriving entertainment career as a singer, dancer, and TV host, she is also renowned for her entrepreneurial spirit as she is the founder of (not 1, not 2, but) 3 successful businesses, a tour company, a real estate business, and a charity foundation. She is also a single mother to 5 children.

In a social media post in September 2022, Akothee implied that the celebrity, Akothee is a separate entity to Esther Akoth, the mother.

In the Instagram post, she showed her love and appreciation for ‘Esther’, mentioning her love for her as a role model and inspiration.

“You are a true example of what life is all about, you are not perfect, you are a work in progress. Esther you have changed lives, you have raised your children well. You are my inspiration”

She also implies that the singer ego, Akothee, might be at odds with ‘Esther’. This might be because Akothee’s boisterous personality directly contradicts the softer and more thoughtful personality of Esther.

While we love and admire the talented Akothee, we hope and anticipate more frequent appearances by Esther, as this learning and evolving side of her is endearing and might be more relatable.

PrevPreviousAbigail Johnson Inyang: Do what’s valuable because this will lead you to have a passion and a fulfilling career.”
Next5 ways to make the most of your twenties – from 5 women in their thirties!Next