Brandy Norwood Is About That “Black Girl Power” Life and We Absolutely Love It! 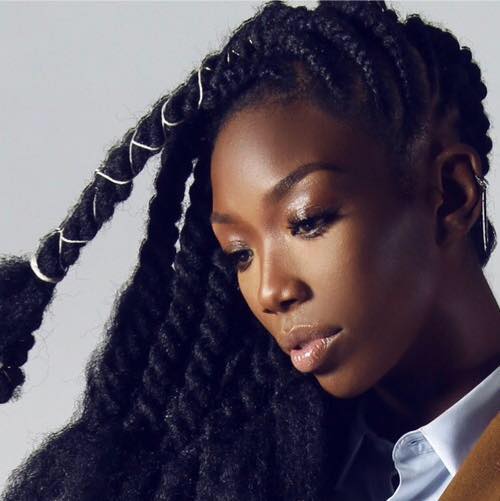 You can’t be into good music and not know the legend that is B.R.A.N.D.Y  That is downright illegal yawl. Flat out illegal

Let’s not even attempt to make a case for black girls who do not know how much Brandy has done for the black community through music. Like realllllly ?? where have you been girl. Seriously though, If you are still blank when the name Brandy pops up, you are in good company because, right here on the blog today, we are celebrating this superstar and all she’s brought to the table!

American singer, songwriter, record producer, actress and the best selling female artist of all time “Brandy Rayana Norwood” is the first African American to play the role of Cinderella in Rodgers and Hammerstein’s television version of the folklore Cinderella featuring a multicultural cast that also included Whoopi Goldberg, and Whitney Houston.

Brandy’s endeavours are not reflected in the arts only, she extends her awesomeness into philanthropic endeavours too which goes all the way back to 1996 when she and her brother Ray J, created the “Norwood Kids Foundation”, to leverage the power of performing arts in shaping the mental outlook of youths, giving them an outlet for various creative expression whilst maintaining a balance of character and steadfastness  which in turn impacts on their interactions in their communities. She has been appointed by UNICEF to be an international spokesperson for youths and the RAINN (Rape, Incest and Abuse National Network) platform.

In 2010, Brandy became involved with “Get Schooled”, a national non-profit mobile phone calls by celebrities to wake up students for school, amazing right? that’s not all, In 2014, she also teamed up with “text4baby”, which spreads health and wellness to expecting moms via text message, and became an honorary co-chairman of the 2014 Unstoppable Foundation.

One would think that she would slow down after a decade but no. In June of 2018, she appeared in a Public service announcement for the American Heart Association and Hands-Only CPR with fellow Chicago The Musical cast members advocating for CPR education especially CPR without mouth-to-mouth breaths.

It’s sexy to save a life – just ask @4everBrandy and the merry murderesses of the Cook County Jail! Please help us spread the word about #HandsOnlyCPR
1. Check
2. Call 911 and
3. Compress.
Follow @Hands_Only_CPR and visit https://t.co/wI3Hcs1BFR for more information. pic.twitter.com/M2mRCMmcVt

Did you hold your breath reading this? I just released mine

Really ladies, if this is not girl power, I don’t know what is!

PrevPrevious‘’You Do NOT Need To Be Loved By Everyone, So Don’t Be Shy To Speak Up About Your Capabilities”– Odunayo Eweniyi, #CareerConversations with LLA.
NextJanet Jackson is Phenom and we Love Her Like That!Next