5 Reasons Why Kemi Adetiba Is Our Ultimate King Woman

There are many reasons why we love Kemi Adetiba – she’s a great example of a focused, determined woman who is intent on living her dreams passionately and purposefully. In addition to Directing and Producing The Wedding Party, Kemi is also the Creator and Director of the King Woman Series, recently released on Accelerate TV to rave reviews.

She puts the ‘S’ in survivor!

Kemi has been very open about some of her health issues and struggles, and that in turn has inspired countless women to share their own stories of challenges and triumph. We love how she remains focused and resolute in the face of those challenges. Did someone say W-I-N-N-E-R?

We love how she loves her family

If you follow Kemi, you’ll see that she adores her family. From her mom – Obong Awan (The Original King Woman), to her dad – Papa Kems, to her siblings, nieces and nephews, it’s all love from this incredible woman to those she holds dear. And we love, love, love it!

No. Like, she REALLY cooks! Have you stalked Kemi’s Instagram page? Okay, you should. No really, Kemi THROWS DOWN! What! And the way she presents the food? Lord, even Gordon Ramsey would be jealous. If she ever gets tired of making movie magic, we are pretty sure that Kemi will be an ace chef, and we are here for all of that.

Mo Abudu aptly describes Kemi as having the heart of a lion, and we absolutely agree! Taking up a first time role as a film director on a major box office deal must have required a great deal of courage, vision and foresight – all qualities that Kemi has. We are glad she took up the role fearlessly and smashed the limitations.

She has a strong vision for women

And it’s that women can be anything. As a matter of fact, they can be record-setters as never seen before in the world. How do we know? Kemi is certainly living this vision and getting other successful female icons to share their stories with the world so as to inspire other women. 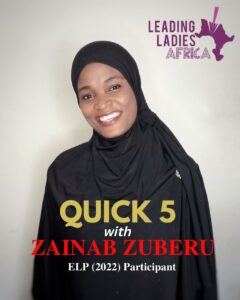 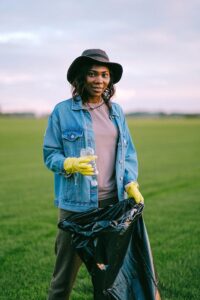