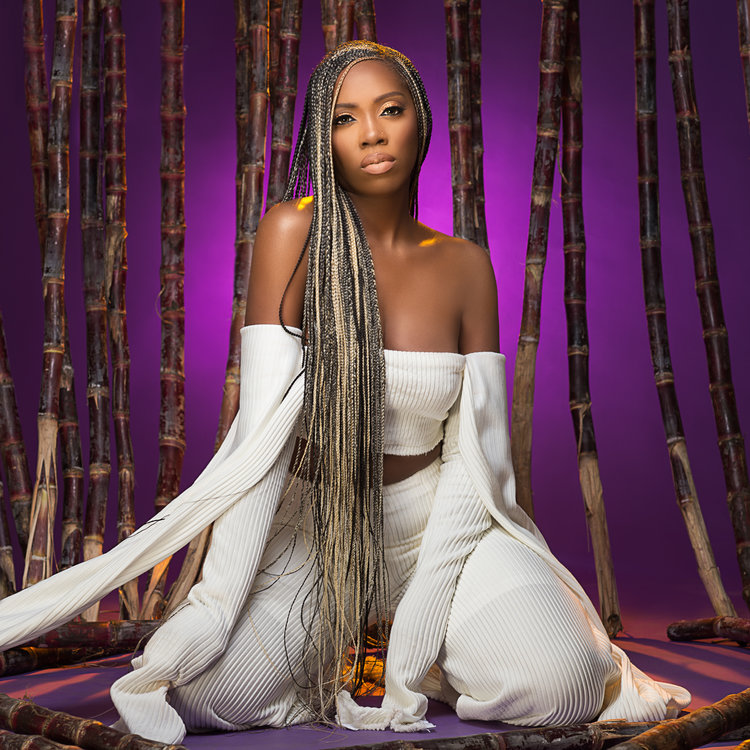 Since she made her debut into the music scene in Nigeria, Tiwa Savage.has been soaring and she’s not stopping any time soon.

The world has been hearing singer, songwriter and actress Tiwa Savage’s voice since the 90’s; her singing voice as background vocals for some of the all-time greats like George Michael, Mary J. Blige, Chaka Khan and Whitney Houston, and her writing, via lyrics she’s penned for Monica, Fantasia Barrino and Kat Deluna.

She solidified a 2009 publishing deal with Sony/ATV Music with that magical pen only a few short years after a disappointing exit from the UK version of The X Factor. Savage became a working musician, writing songs for many of the artists she admired. But she yearned to take center stage, singing her own songs.

That thirst powered a hustle that never stopped—she co-hosted Nigerian Idol, made her acting debut in the Nigerian stage adaptation of For Coloured Girls, and started her own label, 323 Entertainment. It wasn’t long before she inked a deal with independent music label Mavin Records, home to some of Africa’s most popular artists. In 2013, soon after being a featured artist on Mavin Records’ 2012 compilation album Solar Plexus, Savage released her solo, studio debut- Once Upon A Time. It was met with favorable reviews, proving she belonged in the spotlight. Her second project, R.E.D. did even better, breaking the one day record for most streams and becoming the most streamed record of all time on MTN, causing the online music service to crash. Last year’s release, the six track EP Sugarcane and January’s single “Diet” with DJ Enimoney help solidify her now signature sound of sensual afro-pop.

But she also deserves accolades for her work outside of the music realm. Her humanitarian efforts in Nigeria include promoting breast cancer awareness, youth empowerment and education, and agricultural research for development. As much as she thrives in her spotlight, it’s clear she doesn’t mind sharing it with what matters.