Meet Nicole Cardoza, Simone Biles, Augusta Uwanzu and all the other amazing women on the Forbes 30 under 30 list.

We couldn’t be more proud! The Forbes 30 under 30 list was released recently and we are super pleased to see many incredible black women honored.  Each one of them gives us assurance that women are getting it right in various industries.

Tschabalala is a 26 year old artist who has dedicated her practice to naming the phenomenon of the black female body.

Born in Harlem USA, Tschabalala Self received her B.A from Bard College in 2012 and M.F.A from Yale School of Art in 2015.

She describes her work as exploring the emotional, physical and psychological impact of the black female Body as an icon.

She has had solo shows in New York, Los Angeles Naples, and Berlin

Nicole Cardoza has a heart of gold. She passionately uses yoga as a tool to adjust social-emotional learning issues that are common among low-income kids at no cost. Till date, she has trained 20,000 students in 800 classrooms in 39 states in the US.

Her program is quite effective as 88 percent of teachers see improvement in student’s academics.

She is part of the ‘Let’s Move Initiative’ and a founding partner for Lululemn’s ‘Here to Be’ social impact program.

Marie Dandie is the co-founder of the pilotED school. Alongside Jacob Allen, she teaches students of color from Chicago to develop strong black incentives as black and brown scholars. The results of their students speak for them. There has been a whopping 93 percent high school graduation rate, 88 percent reduction in suspension and 20 percent increase in attendance.

In September, pilotED will launch as America’s first identity based charter school for K-8 students.

She’s young and so inspiring. Apart from getting accepted into all 8 Ivy League schools in 2016, Augusta made a discovery that can help protect our water bodies. She discovered the mixture of nanoclay ingredient and cement slurries to keep offshore oil wells from leaking into the oceans.

Lishan Az started out by working on her project during her MFA program at the University of Southern California and ended up designing three amazing games for college students. On the Safe Side, a game designed to help new students explore the USC campus; Ascension, a turn-based tabletop strategy game; and The Locker, a puzzle game involving a smartphone camera and a physical locker.

She gained popularity from her instagram series, ‘The Girl who’s never been on a Nice Date’ and has since become an actor and director. She earned a gig at Buzzfeed in 2014 and worked her way up to becoming a development partner.  How awesome is that? Quinta recently created three shows, selling two including Broke to YouTube Red

Rhonesha Byng is a giant when it comes to media entrepreneurship. The Brooklyn native lives by the acronym N.E.S.H.A. No one Ever Slows Her Agenda. Her digital media platform is for millennial women and she has won an Emmy award as a field producer with NBC New York.

Jamira is the first of her 16 siblings to graduate from high school and college. She served under Mayor Michael Nutter as the youngest executive director in Philadelphia’s history, overseeing the Philadelphia Youth Commission and millennial-focused policies. Aside from her Hilary for America work, she leads Amnesty International’s initiative on gun violence, criminal justice and human rights.

She is the Co-founder of Campaign Zero and together with Samuel Sinyangwe they lead a policy platform addressing police violence.

Justine performed an acapella rendition of Sam Sparro’s “Black and Gold,” and instantly caught the music industry’s ear. She then hit the airwaves with 2014’s “Collide,” a track produced by 30 Under 30 alum, DJ Mustard.

Now, she is signed with Roc Nation and her full-length debut album is in the works.

Sydney is a gold medalist and cup champion with partnerships including Nike, Nestle, EA sports and Body Armor.

Her name is simply enough. She is one of the most decorated US gymnasts ever and has deals with Nike, Kelloggs and Hersheys. Simone even has her own line of gymnastic equipment. 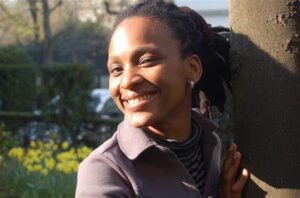 Chika Unigwe was born on 12 June 1974 in Enugu, Nigeria, the sixth of seven children. After completing her secondary school education at Federal Government 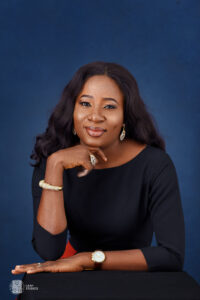 #LadyBossInterview: ”Innovation they say is the father of all businesses while marketing is the mother!”#LLA Meets Lady Boss, Aderonke Onipede, CEO and lead facilitator at Acomms Media Limited.