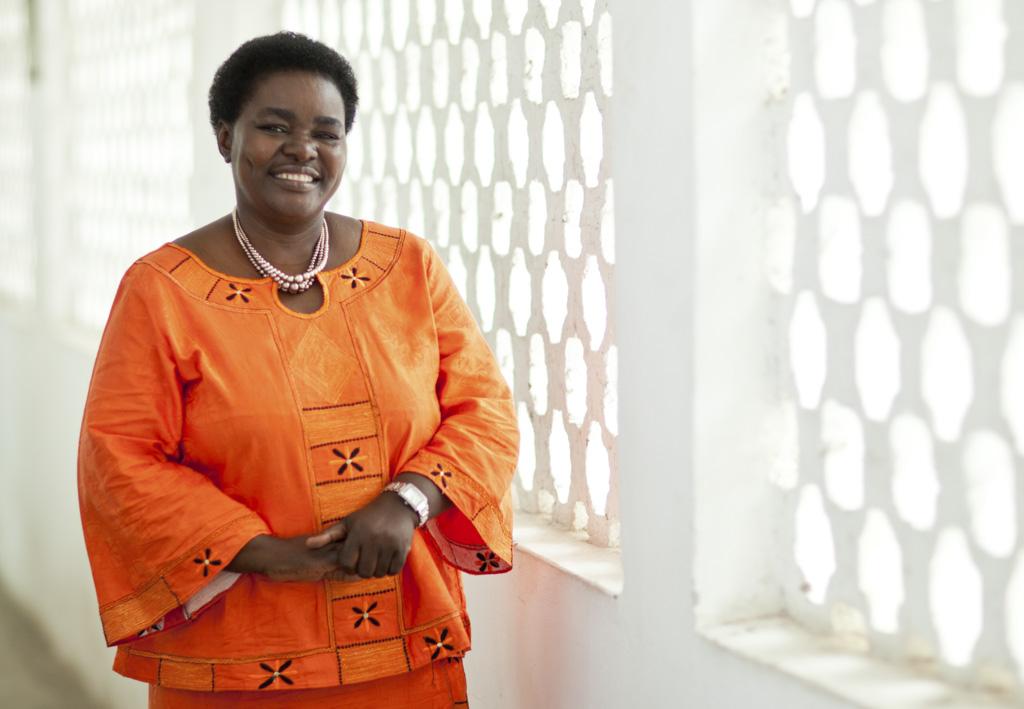 Victoria Kisyombe is a leader who has used innovation, initiative, and determination of eligibility to enable women with no assets and little business experience to engage in commercial activities to support themselves and their families. The ability to generate cash flow, rather than collateral, became the factor that determined whether an applicant would be considered. SELFINA is a for-profit company with a social mission for impact providing micro-leasing to thousands of women clients in Tanzania.

Starting from a very humble beginning, SELFINA has gone on to improve financial inclusion for women. More than 27,500 women have received lease finance, 250,000 lives have been impacted, 150,000 jobs created and more than US$ 17 million has been availed to women through a revolving fund.

In 2010 she received an Outstanding Social Entrepreneur Award from the World Economic Forum and Schwab Foundation for Social Entrepreneurs in recognition of visionary, pragmatic and courageous contributions that significantly improve the state of the world.

In July 2014 she received a Global Leadership Award by Vital Voices Global Leadership founded by Hon. Hillary Clinton. Alyse Nelson, The President and CEO of Vital Voices Global Partnership said this with regard to the award: “Your unyielding commitment to the economic empowerment of the women in Tanzania has had an enormous, transformative impact on your community and country. Your vision and innovative spirit set you apart as a global role model, and the significance of your work will be felt for generations to come.”

Earlier in 2009 she received a TIAW World of Difference 100 Award in recognition of her outstanding contribution in making “all the difference in the world” to the economic empowerment of women by The Alliance for Women (Canada).

During 50 years of independence celebrations of her country Tanzania, Victoria was recognized as a Woman of Determination in recognition of her support on the development of SMEs in Tanzania.

Victoria has been a true innovator and pioneer in an important area, helping improve the livelihoods of thousands of impoverished women in her country, truly making a world of difference.

She is a Pioneer Member of the World Entrepreneurship Forum based in Lyon, France and an Associate Member of Women Global Banking Alliance which is based in the USA.

Victoria is the Chairperson of Centre of Advancement of Women in Agriculture in Tanzania (CAWAT) which is supported by Land O Lakes (USA). She is also a Member of the Task Force of the Mechanization and Financial Committee of the African Green Revolution Forum (AGRF).Because of her work Victoria has traveled to many countries around the world inspiring other women and also promoting lease finance as an important development tool for Africa and especially for women. Her voice has echoed at many international forums.

This Article was culled from Selfina

PrevPrevious72-year-old Dame Sandra Mason has been elected as Barbados first ever president as the country prepares to remove the Queen as head of state and become a republic.
Next#LLANEWS: Nigerian-American Enoh Titilayo Ebong has been appointed as the Director of the United State Trade and Development Agency.Next