Lucrece Legacy: The name ‘Legacy’ serves as a daily reminder of what I strive for in life, leaving a mark 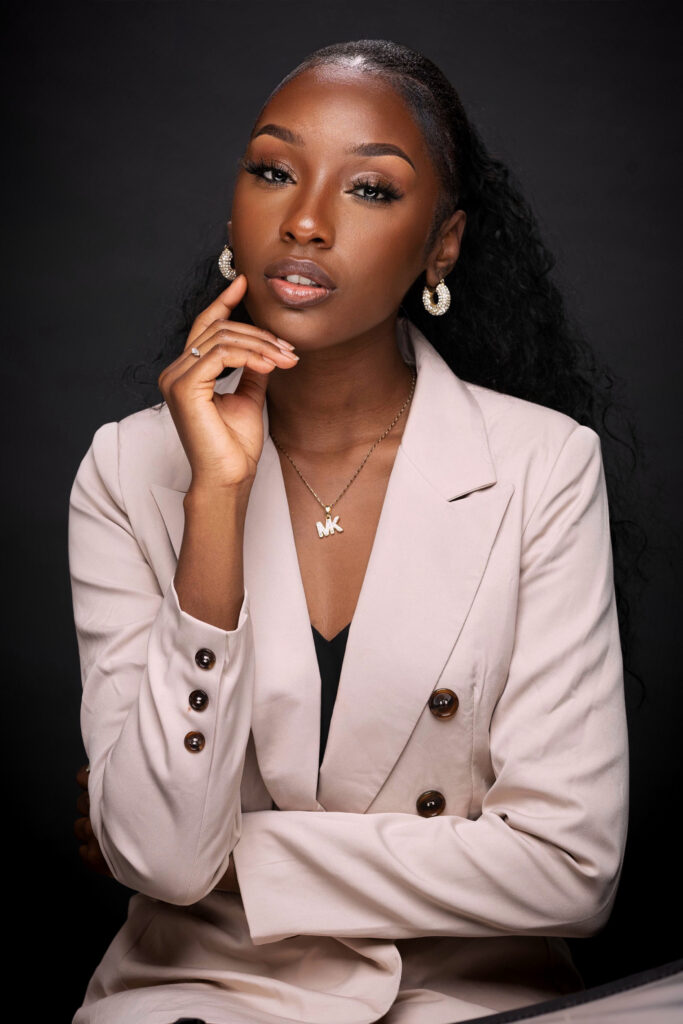 More popularly known as Dr. Lucrece Legacy, Dr. Lucrece Wasolua Kibeti is a French-born, Congolese Self-taught hairdresser, beauty queen, doctor, and founder of Krowned UK. When asked about the origin of the moniker, she shares “It serves as a daily reminder of what I strive for in life: leaving a mark”

Having been featured on BBC News, Live London, and Sky News ‘Hairapy’ for her work against Hair discrimination, she was named a Top 150 Future Leader in 2019 and is an ambassador for ‘Pads4Africa’, a nonprofit organization that fights against period poverty for underprivileged African girls. “I have a life mission to make every black girl feel confident by ensuring that she knows her worth and unlocks her potential” 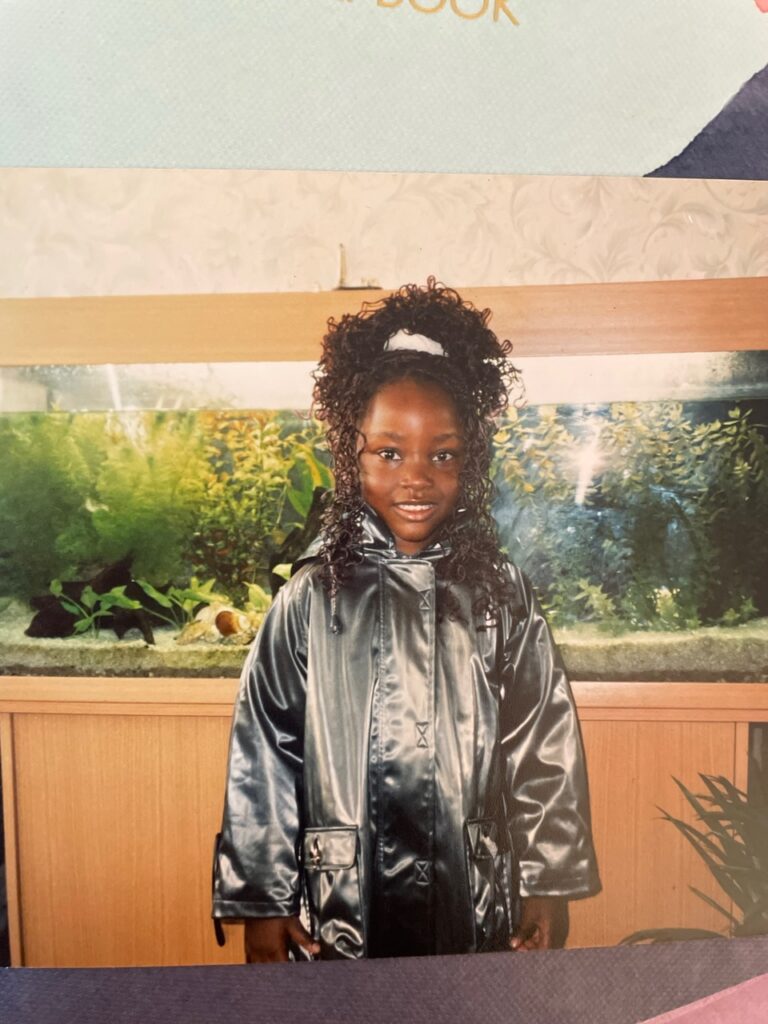 We asked her how it all started and she says “From when I was three years old, I knew exactly what I wanted to do in life: I wanted to cut people up; I was quickly corrected to say, ‘I want to be a surgeon’ instead” She tells us about how she cut open perfectly fine Teddy bears growing up because she felt they needed ‘opening up’

She also shares a particularly heart-wrenching story that ended with her mother moving their family from France to the United Kingdom. Threatened by Lucrece’s speed of learning and how she challenged her teachers, her class teacher started hinting at mistakes that did not exist and barely gave her time to correct those ‘mistakes’. This planted doubt in her young mind and started affecting her speech and spelling. She had to see a speech therapist for months only to discover that her supposed problem could have been solved with a digital game.

On her arrival in the UK, she excelled all around and became one of the best students in her district. This might have caused a form of ‘cockiness’, she says, as she got rejected from all the medical programs she applied for because she didn’t pay attention to other requirements besides good grades. About to switch her course, she changed her mind at the last minute and went on a gap year where she got into volunteering, modeling, and beauty pageants, even winning one. She then got accepted into the St George’s University of London, completed her degree, and is now a junior doctor in the biggest NHS trust in London.

On some challenges she has faced as a young African and female doctor, she tells us about racial discrimination that led to her being removed from consultations because of her complexion and cultural hairstyles which she says have been compared to a Medusa or a Bee’s nest. “I have had my afro petted by colleagues because it’s ‘exotic’ or even patients assuming that I am everything other than the doctor”. 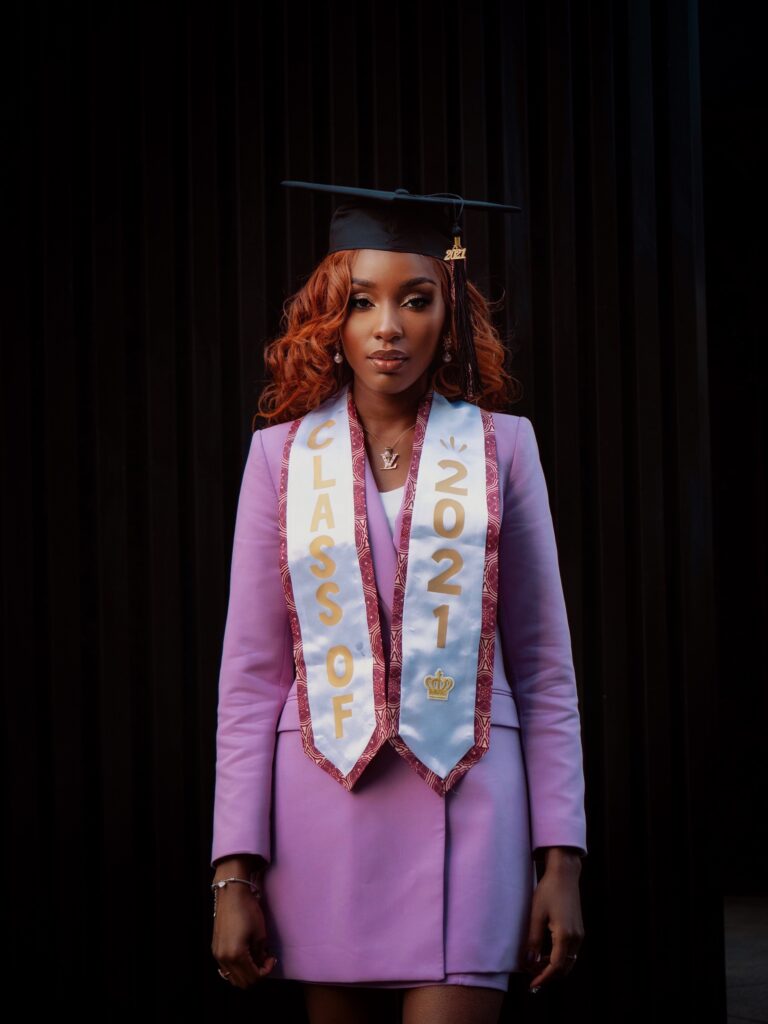 She had feared challenging these racial discriminations and micro-aggressions but in the aftermath of George Floyd’s death in 2020 and the high count of Covid deaths among Black people, “I understood that if I didn’t speak up, these problems would go unaddressed”. She and some of her peers pushed for more effective anti-racial policies and a more diverse and inclusive university faculty. Those efforts brought about the successful implementation of a mural that celebrates Black staff and students, to inspire future students of Black Heritage. “Being a black female doctor can feel draining at times but I see it as a privilege as we are somewhat still ‘unicorns’ and I get to be a part of the narrative we tell; being unapologetically vocal about the issues that affect black women in health and rallying for the medical field to be more inclusive for women like myself.”

When asked about her mother who she says played a major role in her success story, Dr. Legacy mentions some highlights of her mother who died in 2021 from complications resulting from COVID-19. She shares how she was always around medical equipment because of her immigrant Congolese mother who was a nurse. Lucrece mentions how despite the frequent racism her mother experienced at work, she continued to work hard, instilling a culture of hard work in all her children.

Leaving her livelihood and moving her children to a new country because she wanted better for them was a show of strength that inspires her, she says. “Her loss was the most painful thing I went through but my ability to continue with my degree was because of the resilience she had always shown so I felt compelled to honor her sacrifice.” 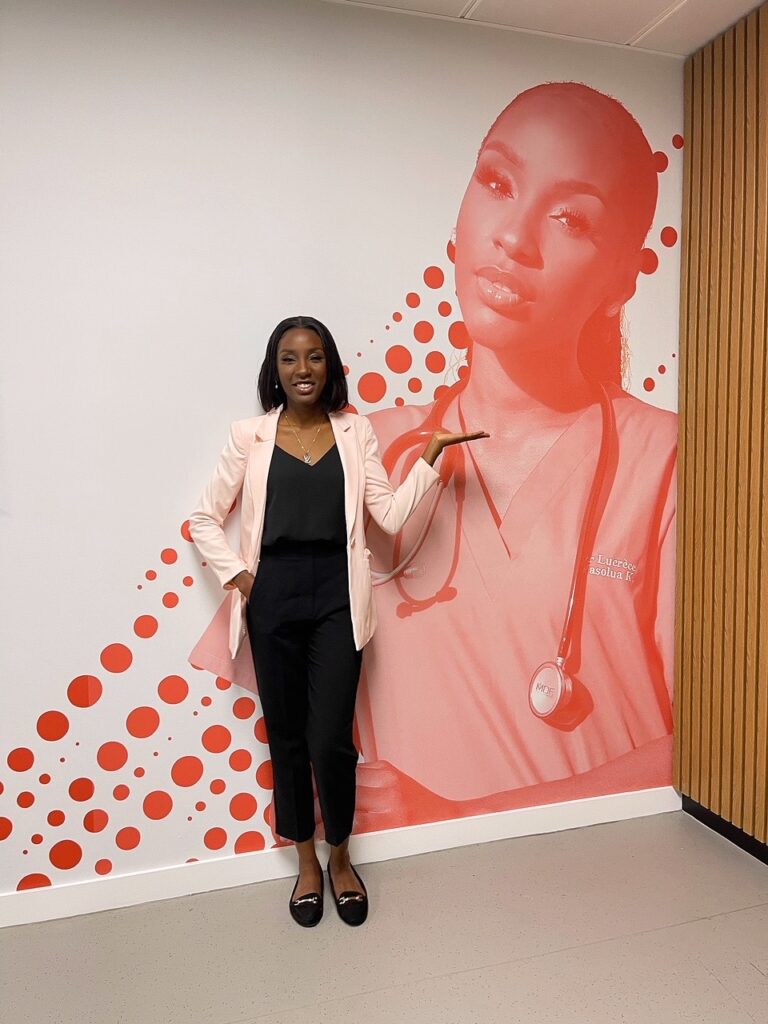 On parents’ inclusion in their children’s academics, Lucrece calls it ‘Invaluable’. She was able to overcome her speech and spelling limitations that were caused by a teacher intentionally trying to stunt her potential because of her mother, who was actively involved enough to notice and do something about it. “Parents may have a legal duty to meet the children’s basic needs but they also have a moral duty to advocate for their children and to do their part in optimizing that child’s journey to success.”

When asked about other things she did aside from work, she tells us that she runs several creative and charitable projects that are focused on confidence-building, hair, and female empowerment.

She mentions Krowned, a non-profit organization she co-founded in 2016 whose mission is empowering young women through hair, to instill them with the confidence to succeed. “Krowned provides online content, workshops and events all to make black women feel more confident in all aspects of life to help them thrive. We recognized that extra glass ceiling and its impact on their self-esteem so we work to make black women love themselves entirely.” 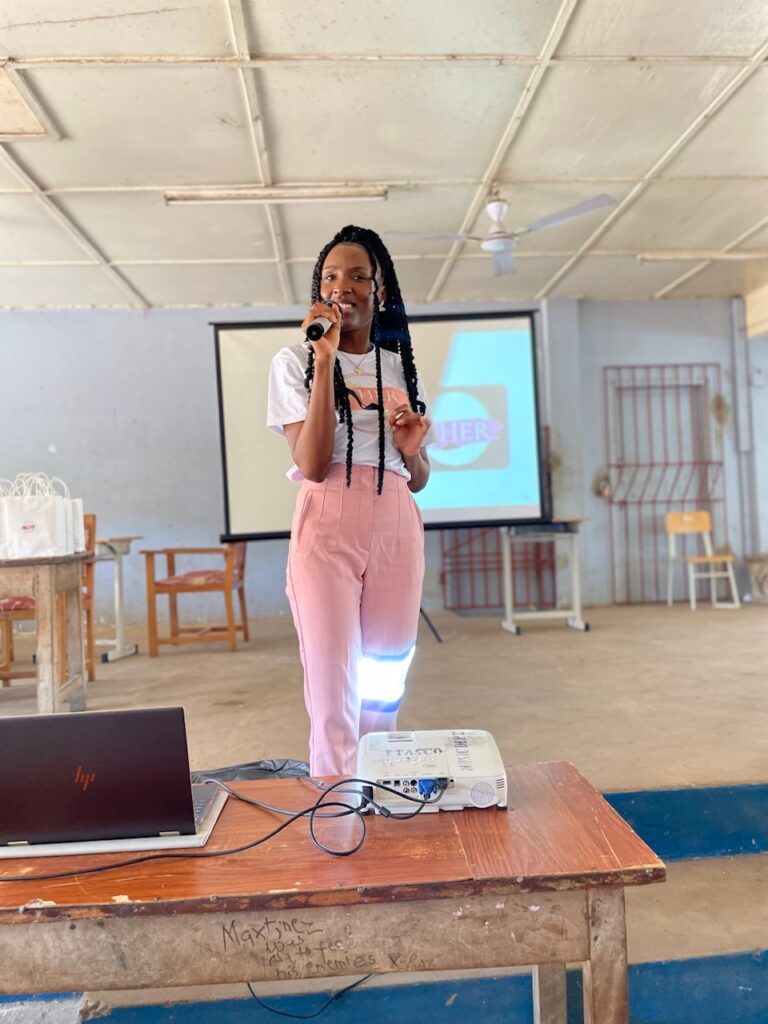 When she was 13, she started a hairdressing salon which has now become Legacy Looks, a business which focuses on black women with Alopecia to help them regain confidence in themselves. She is passionate about teaching healthy hair practices from a medical perspective.

Dr. Legacy is also ambassador to Pads4Africa, a charity that has provided menstrual hygiene education and humanitarian aid to orphans in the Democratic Republic of Congo, Ghana and Kenya for over 10 years. “ I have raised over £5,000 for the cause and I partake in their annual ‘Periods are not a taboo’ campaign.I participate or support initiatives that put Africa first and recently traveled to Ghana to partake in charitable work.”