#LLAInterview: “Follow what you believe you are born to do. It may take time to figure what that is but go after it regardless.”- Alinda Ruhinda, Producer of the first Tanzanian feature film titled ‘Binti’

Alinda Ruhinda is a Tanzanian theatre and film producer who received her formal education from Temple University in the U.S. She has a Bachelor of Arts degree in communications with a concentration in Advertising. Alinda’s childhood was spent outside of her own country – Sweden, Canada, and China. In her teen years, she returned to Tanzania and studied there briefly before finishing high school in Nairobi and going to the U.S for her bachelor’s degree. She is half of the duo that founded Black Unicorn Studios in Tanzania. Since July 2018, Alinda has worked diligently to get the company and its projects running. Black Unicorn Studios has produced two stage plays (‘The Big 3’ and ‘Baba’s House’) and an award-winning feature film (‘Binti’). Alinda served as an executive producer on all these productions. She remained hands-on by helping shape the storytelling, budgets, marketing choices, and intricate details such as contracts and costume choices.

Alinda and Angela Ruhinda are Tanzanian sisters who have made history by producing award-winning feature film titled ‘Binti’, the first Tanzanian feature film to stream exclusively on Netflix as of January 7, 2022. Binti is a film about four women persevere through extreme hardships in Dar es Salaam, battling the complexities of love, motherhood and societal expectations.

Leading Ladies Africa: Hello Alinda, It’s great to have you on LLA. Who is Alinda Ruhinda?

Alinda Ruhinda: Hello. I’m the first born of a very close knit family. Professionally, I’m a theatre and film producer from Tanzania who loves to travel, explore different cultures. This probably due to my background, I have lived in many parts of the world. People say I have a big heart and I am compassionate. 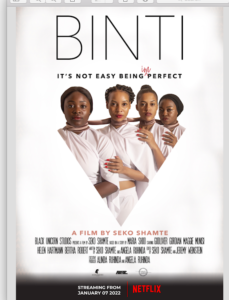 Leading Ladies Africa: Please tell us what inspired you to produce BINTI– the blockbuster movie you created?

Alinda Ruhinda: Binti was created as a result of a screenwriting competition named ‘ Made in Africa’ which a young woman named Maria Shoo won. I didn’t do it alone. My sister Angela, Co Founder of Black Unicorn Studios and I did this together. The whole idea of creating this movie was to depict the theme of women empowerment, that women are capable of doing anything they put their minds to.

Leading Ladies Africa:  Filmmaking is a laborious job, so what keeps you motivated?

Alinda Ruhinda: With anything one must actually like what they are doing. If you don’t like baking for example you will never excel at baking. The same goes for film. Film is laborious but you are not an island , many people are involved in producing a film. With the right team , most things run smoothly, becoming very satisfying. 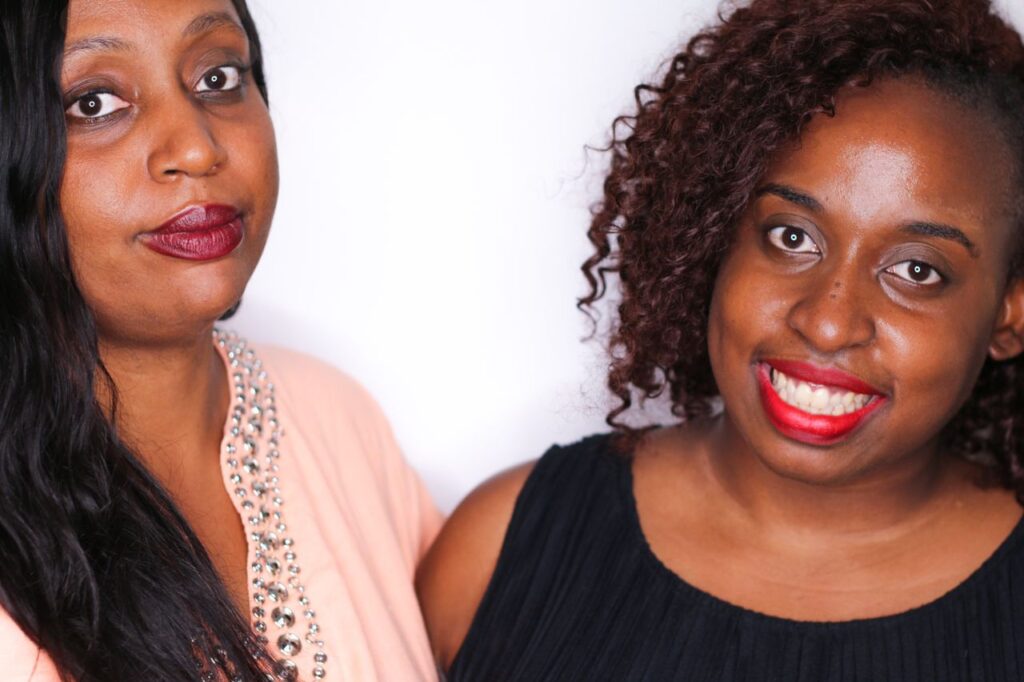 Leading Ladies Africa: What was growing up like and how did your childhood experiences impact on the woman you have become today?

Alinda Ruhinda: I did grow up in a very close knit family, very protective parents. My family bounced around a lot . It took me a while to find my own voice. But it’s better late than never.

Leading Ladies Africa: As a compelling force in your industry, criticisms come with the territory, how do you deal with critics?

Alinda Ruhinda: This is a very interesting question. Interesting for me because to me I’m just getting started. In the past, criticism used to cripple me to inactivity. This has changed drastically in recent years. I try to face my critics head on, people will always have something to say.

Leading Ladies Africa: Share with us some corporate tips that have made your career journey significantly easier?

Alinda Ruhinda: The most important thing for me is to always seek knowledge from people who know more than you. Everyday there is something new to learn. Another one would be to network as much as possible , you never know what deal will come out of simply networking.

Leading Ladies Africa: Has mentoring been a part of your journey?

Alinda Ruhinda: Not really. I did however learn plenty from my sister Angela and our director of Binti , Seko Shamte. For the most part it has been trial and error.

Leading Ladies Africa: Can you share two things most people do not know about you?

Alinda Ruhinda: My fear of ALL animals! It’s ridiculous but even kittens and puppies fall under this list.

Alinda Ruhinda: Change your life in 7 days by Paul McKenna , Americanah by Chichimanda Adiche and The Autobiography of Malcolm X by Alex Haley.

Leading Ladies Africa: What is your advice to that young woman who has dreams but is crippled with self-limiting beliefs and doubts?

Alinda Ruhinda: What I can say is follow what you believe you are born to do. It may take time to figure what that is but go after it regardless. Some may not have the luxury of following their dream initially so get job that will earn you enough money to pursue your true passion.

Also don’t be too proud to ask for help and give it your all . You will be amazed.