Seko Shamte is a producer and filmmaker, who is working to put Tanzanian cinema on the map. Shamte noticed a gap in international recognition of the country’s film industry, so she created her production company, Alkemist Media, to help fill it. She’s directed numerous films and documentaries including the popular web series, The A-Team Tanzania, and a cooking show entitled Jikoni na Marion. Few years ago, she debuted her first feature film, Homecoming, a coming of age story which explores Tanzanian identity and values. “Binti” , a movie directed by Seko Shamte has  just secured a cinematic spotlight at home, abroad and now on global streaming platform, Netflix.

Dar es Salaam-based filmmaker Seko Shamte is no stranger to creating visual works of art. From a young age, she admired journalists and filmmakers, and even in that formative phase, she knew what she wanted to be one thing – an artist.

Shamte has been a mover and shaker in the Tanzanian media industry for over 15 years. After studying Finance and Media at Marymount Manhattan College in New York, she worked as Head of Programming at East Africa Television before forming her production company. To top it all off—she’s a DJ.

Shamte founded Alkemist Media in 2008, after quitting her job in EA TV. The company produced content for CNN’s Inside Africa and later she produced Mkwawa, a feature documentary on Chief Mkwawa of Uhehe in 2011. The film tells the story of Chief Mkwawa, who hailed from central Tanzania. He’s regarded as one of the most brilliant military strategists in Tanzania’s history and one of the most successful chiefs of the pre-colonial time, who resisted the German colonialists.

Later in 2014, she produced and directed The Team, a series that ran for a year, and a Swahili-language cooking show for DStv’s channel 160 titled Jikoni Na Marion, translated in English as ‘In the Kitchen with Marion’.

Now she has completed her first feature film, Homecoming, a film she wrote, directed and produced. The picture is a coming-of-age story about Abel, a man in his late 20s, who returns home from studying in America and ends up working in a bank. While there, he unearths a conspiracy that puts his life in jeopardy and tests his ethical fibre.

The film was shot with a RED Epic Dragon in 6k by Dylan Verrechia, an N.Y. based cinematographer. It is to be released later this year.

With a passion for the creative arts, Shamte works in other media apart from film.

Shamte, who regards legendary filmmakers Ousmane Sembene and Abderrahame Sissako as her role models, is focused on redefining Tanzanian film, which has been overshadowed by Kenya, Nigeria and South Africa.

The filmmaker is married to Amour Shamte, a former telecommunication executive.She believes every African has a chance to become anything they want to be. ‘No dream is ever too big. The only thing that can stop you, is you.” 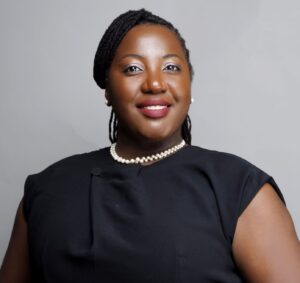 #LLANews: Caroline Eboumbou has been appointed as the Chief Executive Officer of All On

Ms. Caroline Eboumbou has been appointed as the Chief Executive Officer of All On Prior to this, Caroline was the Director at The Rockefeller Foundation 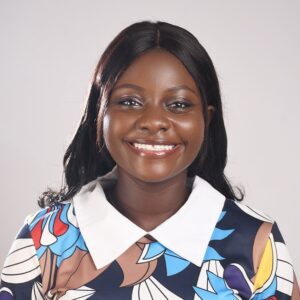 #ImpactandCommunitySeries: “The vision is to reach 3500 kids with access to quality education by 2025.” – Aramide Kayode, founder of Talent Mine Academy.

Aramide Kayode is the founder of Talent Mine Academy, a non-profit that provides access to quality education and better opportunities for kids in low-income communities.